Russia’s brutal war in Ukraine has affected the Russian economy through various channels. In particular, there has been a substantial decline in imports due to the heightened uncertainty and the international sanctions prompted by the war. The EU, the US and the UK have imposed wide restrictions on exports to Russia, and a number of other countries have also agreed to impose sanctions, at least in part. The European Commission estimates that the export restrictions represent 28% of the value of pre-war goods exports from the EU to Russia.

The export restrictions target technological products in particular, as the aim of the restrictions is to degrade Russia’s technological base and industrial capacity. In addition to sanctions, more than 1,000 international companies have ceased their business operations with Russia. The massive cut in imported goods has caused serious problems for Russian manufacturing in many industries, as Russia is highly dependent on imports, especially in high technology sectors.

Keeping track of developments in Russian imports has become more difficult, because Russia has ceased to publish statistics on foreign trade. At the Bank of Finland Institute for Emerging Economies (BOFIT), we have constructed an estimate for Russian imports from the export statistics of certain key economies exporting to Russia.The estimate covers 17 economies (including EU27), which together accounted for 85% of Russia’s goods imports in 2021. Our estimate suggests that the level of Russia’s goods imports (measured in US dollars) in June was about 40% lower compared with the pre-war level (Chart 1). Unsurprisingly, imports from sanctioning countries have recorded the sharpest falls. Imports from most other countries have declined visibly as well. Turkey is a notable exception, as the level of Turkish exports to Russia was 40% higher in June compared with the pre-war level.

The fall in imports has been particularly sharp for higher-technology goods like machinery, equipment and motor vehicles. Our estimates suggest that in June the level of Russian imports by value compared with the average for the period December 2021 to February 2022 was 40% lower in machinery and mechanical appliances, 60% lower in electrical equipment and a whopping 65% lower in motor vehicles, while imports of optical, medical etc. equipment were down by 30% (Chart 2).The categories refer to the HS international trade classification chapters 84, 85, 87 and 90. This proxy covers exports from only 8 economies (including EU27) due to a lack of detailed export data. These economies accounted for 75% – 80% of Russian imports of these product categories in 2021. The fall in imports at this product category level also applies to most of the exporting countries. Again, Turkey is a notable exception to the general trend.This might partly reflect the reorganization of transport flows from the EU to Russia through Turkey, as exports from certain EU countries to Turkey have increased substantially in certain product categories. At this level of aggregation, it is impossible to evaluate whether this concerns sanctioned or non-sanctioned goods.

The substantial cut in imports has caused serious problems for Russia’s manufacturing in certain industries. The automotive industry is a case in point. Production in the Russian automotive industry was down nearly 60% year on year in July with the production of passenger cars collapsing by over 80%. This spring, Russian officials even loosened the safety requirements for cars in Russia, for example by allowing the sale of new cars without ABS brakes and safety cushions due to a lack of imported components.

During the past decade and particularly after Russia’s illegal annexation of Crimea in 2014, import substitution (replacing imports by domestic production) has been a vocal aim of Russian economic policy. Russia’s success in promoting import substitution has, however, been modest in most sectors.Simola, H. (2022). Made in Russia? Assessing Russia’s potential for import substitution. BOFIT Policy Brief 3/2022. Recently, Russian policymakers have indeed decided that total import substitution is irrational and impossible. The policy focus is now on technological sovereignty facilitated by diversifying imports and increasing the share of considered ”friendly”.

Our estimates suggest that Russia’s import diversification has so far not advanced much. Russia’s imports have declined substantially from nearly all major exporters of technology products and components, including countries that have not imposed formal sanctions on Russia, like China, Malaysia, Vietnam and Mexico.

China is indeed in a key position regarding Russia’s import diversification. China was already Russia’s largest single source of imports before the war, accounting for 25% of Russia’s goods imports. In certain product categories, China has a dominant share of Russian imports, and Russia’s dependence on China is only growing (Chart 3). This further strengthens China’s potential to influence Russia. It also makes Russia highly vulnerable to potential supply disruptions of Chinese goods.

The collapse in imports has had a pronounced negative effect on many industries in Russia. The effects are likely to grow steadily more severe, as inventories are consumed and equipment in use needs maintenance. Lack of access to key international technologies is gradually degrading Russia’s industrial base and long-term economic development. But every day, the war in Ukraine is causing immeasurable human suffering and massive destruction. Sanctions are a crucial means to hinder Russia’s ability to wage war, but alone they are not enough. Ukraine continuously needs economic and material support to survive Russia’s brutal aggression. 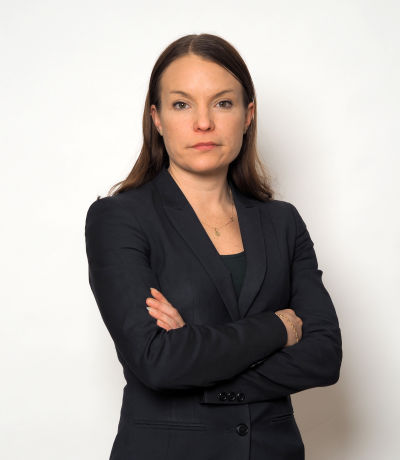 “Russia is struggling to find new sources of imports”