A month ago, during President Vladimir Putin’s visit to Beijing, China and Russia declared that the friendship between them has “no limits” and that there are “no forbidden areas of cooperation”. A few weeks later, Russia attacked Ukraine. A majority of countries around the world have condemned the illegal invasion. Perhaps as a demonstration of the “no limits” friendship, China has refused to condemn Russia and instead has even shown some understanding of its actions.

In an effort to stop the war, many democratic countries across the world have imposed unprecedented economic sanctions on Russia. As a result of these sanctions and the general uncertainty stemming from Russia’s aggression, the country’s economy is facing an imminent crisis. Will China, the world’s second largest economy, come to the rescue? Will there really be no limits to the Sino-Russian relationship? The short answer is that there are numerous economic limitations, especially in the near term.

China’s ability to help Russia is severely limited by the extensive sanctions on Russian banks, the barring of seven of them from the SWIFT global interbank messaging system, and the sanctioning of Russia’s central bank. As payments between China and Russia are affected too, the sanctions are also having an impact on the countries’ bilateral trade. Already some Chinese companies have announced they are having problems with trade financing.

This is because Chinese banks also need to abide by the sanctions. Not doing so would expose them to secondary sanctions by the United States. This would mean that banks would no longer have access to US dollar transactions. That’s a huge risk, one which no bank with meaningful international payment operations is willing to take. We saw an example of this in August 2020, when Hong Kong’s Chief Executive Carrie Lam ended up keeping piles of cash in her apartment when she was sanctioned by the US. No bank was willing to open an account for her.

Small banks that have no need for US dollars may, on the other hand, have little to lose with secondary sanctions. China is known to have two such specialized banks: the Bank of Kunlun, which does business with Iranian banks that were barred from SWIFT in 2012, and the Bank of Dandong, which does business with North Korea. The Bank of Harbin already has a Russia focus and could be a candidate for doing business with sanctioned Russian banks. However, these banks are small, limiting their ability to provide services, and it will take time to open new accounts and move payments there.

China has been building its own international payment system, CIPS, for almost a decade. Given the current development stage, it is difficult to see that it would be used to circumvent Russia’s sanctions. All Russian banks that are making CIPS payments still seem to use the global SWIFT system for messaging the payments. What’s more, the CIPS payments by Russian banks most likely go through a Russian subsidiary of the Industrial and Commercial Bank of China. ICBC is the world’s largest bank and has very much to lose if it were to have secondary sanctions imposed on it by the US. In addition, CIPS is designed to support international yuan payments and does not include the option of US dollar, euro or other major currency payments. Russian banks certainly would need a wide range of currencies, albeit mainly US dollars and euros.

So how about trade? China has a huge appetite for energy and raw materials, and Russia produces a lot of these. There are limits here too, however. The Skovorodino-Mohe oil pipeline from Russia to China has been running close to full capacity. This seems to be true for the pipeline from Kazakhstan to China as well, which is partly used to transport also Russian crude to China. Planning and building new pipelines would take years. Diverting Russia’s European shipments to China would make the shipping distance extremely long and raise costs, as Russia’s major oil export terminals are in the Baltic Sea. Likely shipping capacity also sets some limits. The current major discount available on Russian Urals crude compared to other oil blends indicates that the demand for Russian crude has declined drastically. China has not been able to step in quickly to replace the vanishing demand from other countries, despite the eagerness of Chinese companies to buy more discounted Russian oil.

As Russia is now in a weak position, Chinese companies are likely to exploit this by trying to negotiate long-term supply agreements for energy and other commodities with front-loaded payments. Such negotiations might take time though. Chinese companies will certainly be very interested in buying heavily discounted stakes in large Russian commodity producers as foreign companies are rushing to sell off these stakes. Any major Chinese greenfield investment in Russia is unlikely to materialize, at least in the immediate term.

The collapse of the ruble is also hurting China’s ability to help. In particular, China could provide some of the technology banned by sanctions, but Russian purchasing power is much less than it was two weeks ago. Moreover, there are limits, too, to what China could export. For example, it is not able to manufacture all the sanctioned articles Russia may require, like advanced semi-conductors. A wide range of foreign companies have announced that they are pulling out of Russia completely or partially, leaving a void that Chinese companies will be unable to fill entirely.

While China is closely monitoring the actions against Russian aggression and building its experiences along the way, it is currently also battling with major domestic problems. Recorded COVID-19 cases are hitting their highest numbers since March 2020. A major element of China’s economy, the real estate sector, is in serious trouble. GDP growth has slowed, and more stimulus measures are needed to spur GDP growth towards its freshly set target of 5.5%.

This year is very important for Chinese leaders, as the Communist Party is to decide on Xi Jinping’s third term as party leader in the autumn. Ahead of this meeting, maintaining stability – the top priority for the year – is of particular importance. Any risk that may jeopardize the renomination of Xi will not be taken, even if it would mean partially siding with the US. 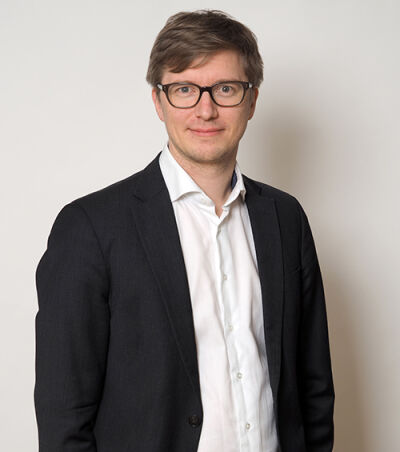 “Limits to the “no limits” friendship between China and Russia”