With less foreign demand than before, it is not worthwhile to produce goods for export. This has led to a reduction in industrial output. Especially in the euro area, export activity has now been more sluggish than before. In Germany – the largest economy in the euro area – economic growth came practically to a halt at the end of 2018. In particular, German car manufacturers have faced difficulties, and fewer cars have been produced than before. Italy entered recession, with the volume of goods and services produced in the country decreasing for two consecutive quarters. Growth forecasts for the euro area have been revised downwards in the past few months. (According to the forecast published by the European Central Bank in March, the euro area economy will grow by 1.1% this year, compared with the 1.7% foreseen in December.)

We cannot exclude the possibility that the global economy will perform even more weakly than the lowered expectations. One factor that will affect the whole of Europe and is difficult to anticipate is Brexit. The United Kingdom is set to leave the European Union at the end of March, but it is still unclear how and under what rules trade will take place in the future. Companies active in the UK cannot know how much more difficult it will be to do business with foreign companies. When the future is uncertain, companies will not dare make major investments, and output will decrease. People will start worrying for their jobs and will postpone purchases that are not absolutely vital. In this way, mere uncertainty about the future dampens investment, consumption and output.

Another factor threatening the entire world economy is the trade conflict between the United States and China. The US has increased tariffs on goods imported from China, which has made Chinese products more expensive in the US. China has reacted by increasing tariffs on American products. However, not all goods imported from China to the USA, for example, are entirely Chinese or produced entirely by Chinese companies. In this way, disruptions in the trade between the two largest economies will also slow economic growth elsewhere. In particular, small, export-driven economies, such as Finland, will suffer from the slowdown in world trade.

Owing to the weakening economic activity in the euro area, the European Central Bank (ECB) decided in March to maintain its monetary policy stimulus.

The objective of the European Central Bank is to keep the general increase in prices – known as inflation – at levels just below 2%. (If inflation is much higher, a euro received today is worth less tomorrow. On the other hand, too slow an inflation rate is not good either: if prices are expected to fall soon, people postpone their purchases and consumption decreases.) The ECB strives to achieve its inflation target primarily by maintaining favourable financing conditions. Put simply, financing conditions describe how much money is available and at which interest rate. Low enough interest rates in an economy make it attractive for companies to take loans and invest the money in a productive manner. This sustains economic growth and a moderate increase in prices.

The interest rates on bank loans are now historically low in the euro area, and bank lending is already growing moderately. However, inflation has persistently remained below the target level. In March the ECB decided to keep its key interest rates low for longer than previously anticipated – currently at least through the end of the year. In addition, the ECB grants banks additional cheap loans (central bank funding), and banks can lend this money on to companies and households. All in all, financing conditions in the euro area will remain supportive for an extended period of time, and the ECB will pursue its accommodative monetary policy until the inflation target is met. 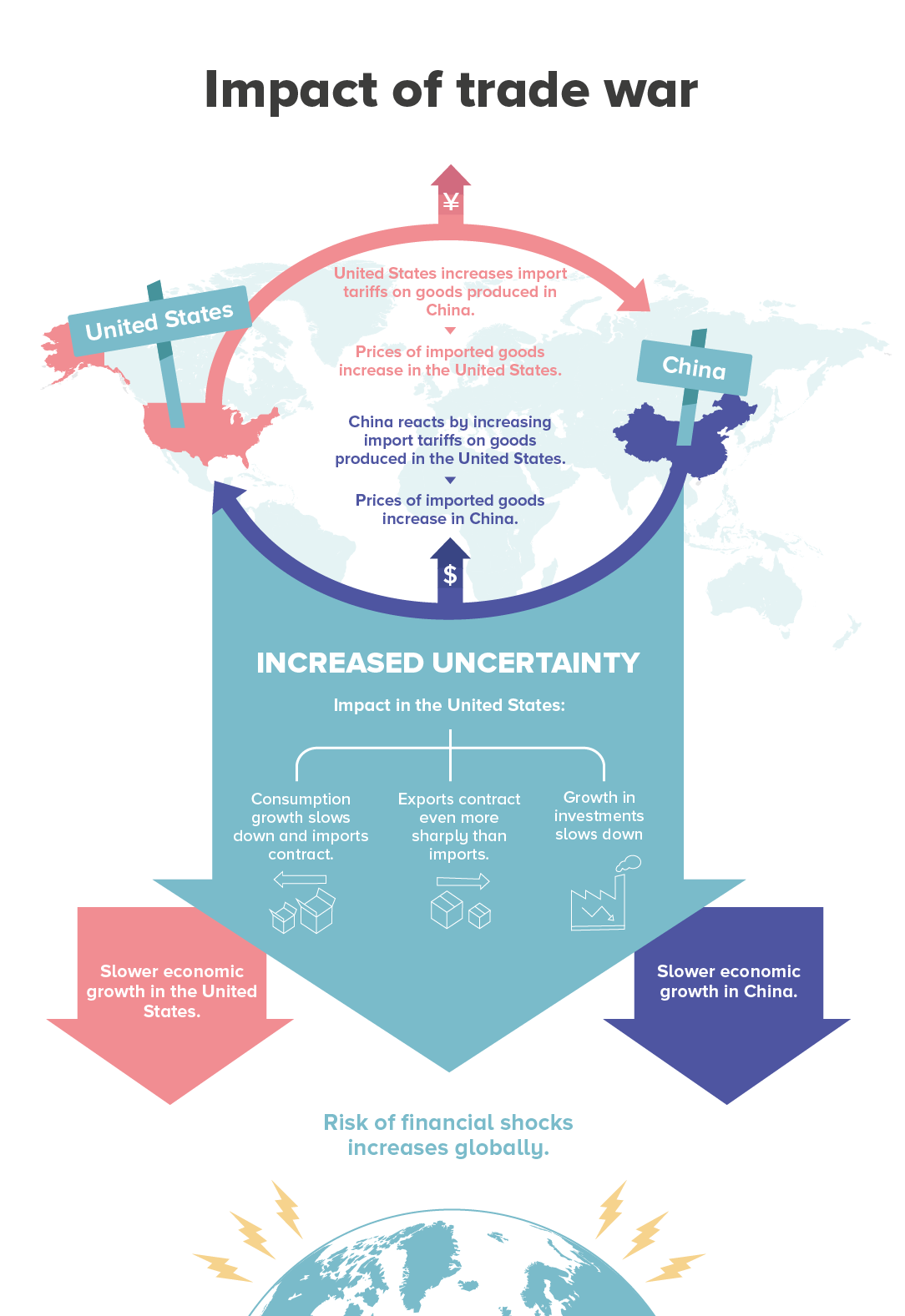 Related articles
Back to top