This is a translation of a blog post originally published in Finnish on the Bank of Finland's Euro & talous website on 15 April 2022.

I’m referring to the talk in Europe and elsewhere of ‘stagflation’, a toxic blend of sluggish economic growth, escalating unemployment and simultaneously surging inflation.

Hence the word ‘stagflation’, a composite of ‘stagnation’ and ‘inflation’.

Whether or not we are currently entering a period of stagflation is a very pertinent question for monetary policy. The brutal, bloody war in Ukraine being waged by Putin’s Russia has accelerated the already high level of inflation, particularly energy inflation. The war is likely to have a protracted impact on commodity prices, affecting oil and gas prices more severely this year and food prices well into 2023 (due to the lagged impact from this year’s harvest). Monetary policy tools can, however, do little to bring down energy prices. A sudden, abrupt tightening of monetary policy would have been the surest way to bring about a recession.

For previous experiences of stagflation we can turn to the 1970s. Many of us pre-middle-aged people may recall the Yom Kippur War and the ensuing Arab oil embargo, which quadrupled oil prices in a few months, and they remained high. This led to fuel rationing and an economic recession. More broadly, the era of progressive change hit a wall. A second energy crisis followed in the late 1970s, sparked by the Iranian Revolution.

Firstly, the European economy rests on significantly stronger foundations than in the 1970s. The single currency, the euro, removes any need for EU Member States to engage in competitive devaluation, which so rocked exchange rates and national economies in the 1970s. Banks today also have considerably more robust buffers than they did back then, and more robust, too, than before the 2007–2009 financial crisis. This has enhanced the resilience of the financial system.

Secondly, fossil fuels now account for a lower share in energy production within the EU – even so, this is still too high. This reduces the impact of rising energy prices on the economy, although fossil dependency has unfortunately hindered progress on EU oil and gas sanctions against a warring Russia. Other broad changes have also occurred in production within advanced economies. The oil intensity of the global economy in the ‘70s was about 3.5 times greater than today. According to researchers from Columbia University, the same amount of goods and services can now be produced using less than half the amount of oil compared with the early 1970s. What’s more, motor vehicles now consume about 40% less fuel than in the ‘70s, despite being larger.

The upshot of all this, in my view, is that we are not now witnessing the start of a classic ‘70s all-out stagflation. Instead, yes, we are seeing stagflation-like trends emerging, and so the risk that stagflationary developments will gather momentum must be taken seriously.

Last but not least, following the lessons learned from the 1970s, the notion of central bank independence has become the prevailing doctrine and practice. The ECB stands ready, and has the tools, to calm excessive inflation and bring it to the 2% target over the medium term. The critical question in monetary policy right now is indeed how to continue normalisation – the process of dismantling the powerful stimulus of the past couple of years – without the euro area’s growth stalling and unemployment escalating, especially when Russia’s war in Ukraine is creating such great uncertainty over the future.

The ECB’s response is to continue the gradual normalisation of monetary policy that it began back in December. Net purchases under the asset purchase programmes will be concluded in the third quarter of this year, and a decision on the first interest rate hike will be taken some time after that. My own assessment now is that the key ECB interest rates will most probably be at zero by the end of the year. Normalisation back to positive territory in policy rates will continue beyond that, too, on a gradual and consistent basis, and by maintaining optionality.

All this is, of course, on the assumption that Russia’s war in Ukraine does not escalate or become more murderous, the consequences of which would likely push Europe’s economy into recession as well – although in that scenario this could be among the least of the problems. Unfortunately, given the circumstances set in motion on 24 February, this prospect cannot be excluded.

With Easter upon us, it would have been nice to convey a more cheerful message, but in earthly matters we must go with what we have. Happy Easter, nonetheless. 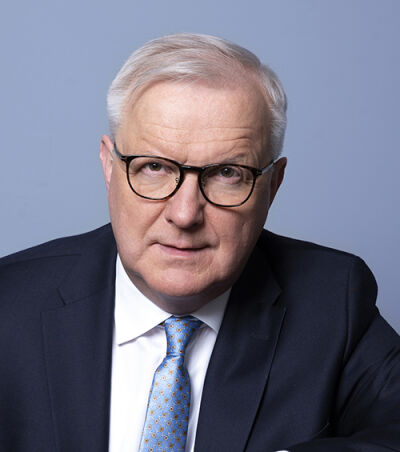 “The stagflation beast is stirring: Is it back to the ‘70s?”