As a part of their recent monetary policy strategy review, the ECB set up a workstream for the purpose of reviewing interactions between monetary and fiscal authorities in the euro area. The findings of this workstream were published in the form of an Occasional Paper on 21 September.

There were clear reasons for this undertaking, including the recent sovereign debt crisis, rising and heterogeneous levels of sovereign debt, the fiscal policy response to the Covid-19 crisis, and the effective lower bound (ELB) on interest rates. Most of these reasons for analysing monetary-fiscal interactions were not relevant during the ECB’s last strategy review in 2003, when high inflation was the biggest risk to price stability, and the ELB was a remote concern to policymakers outside of Japan. Simply put, changes in the economic conditions of the euro area called for a re-evaluation of both monetary and fiscal policy in the monetary union.

The report on monetary-fiscal interactions takes a monetary policy perspective on a wide variety of important issues related to monetary-fiscal interactions in the European Monetary Union (EMU). Special attention is paid to issues of price stability and central bank independence, and the importance of both. The report also highlights possible benefits of fiscal reform, but mostly takes the institutional framework of the monetary union as given.

Broadly speaking, the report focuses on three related, general issues. The first is the evolution of the conceptual framework for how economists think about monetary and fiscal policy in the macroeconomy. Before the financial crisis of 2008, the conventional view asserted a clear division of labor between the monetary and fiscal authorities. Central banks should stabilize prices by raising or lowering policy interest rates, thus rendering fiscal policy redundant to monetary policy at best, or counterproductive to price stability at worst. The fiscal authority should mitigate threats to price stability by acting to stabilize government debt and by avoiding large discretionary fiscal measures.

This conventional delegation of duties to policymakers was challenged by the financial crisis, which brought about a prolonged and still ongoing period of low interest rates and high levels of sovereign debt. When interest rates are at their ELB, monetary and fiscal policy may no longer be substitutable; expansionary fiscal measures may help complement monetary policy by raising inflation when policy rates cannot fall any further. Similarly, monetary policy can create policy space for fiscal authorities by keeping interest rates low and hence financing conditions favourable.

How can we understand the EMU experience over the last two decades through the lens of this new perspective on monetary-fiscal interactions? The second part of the report provides some answers. It is easy to see the old conventional view of policy interactions embedded in the current EMU architecture. For instance, the architecture provided the ECB with a strong price stability mandate and safeguards to bolster its independence (e.g. the monetary financing prohibition), and provided fiscal authorities with various requirements for fiscal sustainability (e.g. the Stability and Growth Pact (SGP)).

But while price stability, central bank independence, and fiscal sustainability are invaluable cornerstones of the institutional framework, certain features of the architecture of the EMU created challenges for policymakers during and after the financial crisis. Among these challenges is the under-enforcement of fiscal rules over the EMU period, which led to fiscal imbalances, high debt, and insufficiently counter-cyclical fiscal policy before and after the crisis.

Moreover, the rigid SGP fiscal standards did not account for the ELB, and the corresponding scope for complementary fiscal and monetary policies. Further, national banking regulation and supervision were not consistent with monetary union needs, and this may have exacerbated various effects of the sovereign debt crisis. Crisis resolution mechanisms were initially under-developed, though were developed from the policy response to recent crises (e.g. Outright Monetary Transactions, European Stability Mechanism).

These experiences left policymakers with precious little policy space at the onset of the Covid-19 crisis, but the report also suggests that these challenges set the stage for an ambitious euro area-wide fiscal and monetary policy response to the pandemic.

At the level of the euro area, the discretionary fiscal response to the pandemic was considerably larger than the discretionary fiscal response to the financial crisis. Measures such as Next Generation EU also could indicate more lasting changes in EMU architecture. The ECB responded rapidly and aggressively through expanded large scale asset purchases and targeted longer-term lending to banks. The scale and swiftness of these policy responses reflect the lessons that policymakers learned from the recent crises.

However, there are still several challenges for policymakers moving forward, some of which are addressed in the report. For one, the ELB may bind for the foreseeable future, and this suggests considerable scope for complementary, expansionary fiscal policy in the years to come. The pandemic may also continue to have heterogeneous effects across regions and economic sectors in the euro area, and these heterogeneous effects call for structural policy and targeted fiscal policy measures, not changes in the monetary policy stance.

By extending the escape clause of the SGP and keeping interest rates low for longer, policymakers may help facilitate these fiscal responses. Relatedly, the report argues that the combination of make-up monetary policy strategies and expansionary counter-cyclical fiscal policies may promote price stability quite effectively.

An impending threat is the possibility of “fiscal dominance”, a scenario in which monetary policy measures are necessary for the stability of government debt. Fiscal dominance scenarios are associated with high inflation, volatile macroeconomic conditions and a loss central bank independence (e.g. see Sargent and Wallace (1982)). The prospect of fiscal dominance is not an immediate concern, but it may become relevant if debt levels continue to rise and fiscal reform is unlikely or inadequate.

The ECB’s strategy review work on monetary-fiscal interactions highlights an evolution of views on monetary-fiscal interactions and shows how to view the EMU experience and outlook from fresh perspectives. In a low interest rate environment, fiscal policy may complement monetary policy, and the existing architecture of the EMU may provide some limited room for monetary and fiscal authorities to play these complementary price-stabilizing roles.

At the same time, monetary dominance and price stability are of the utmost importance, and excessive, persistent fiscal deficits could threaten macroeconomic stability and central bank independence. The right monetary-fiscal policy mix for the euro area will be a topic of interest in the years to come, and there is much work to be done in this area before we can claim that we have left no stone unturned. 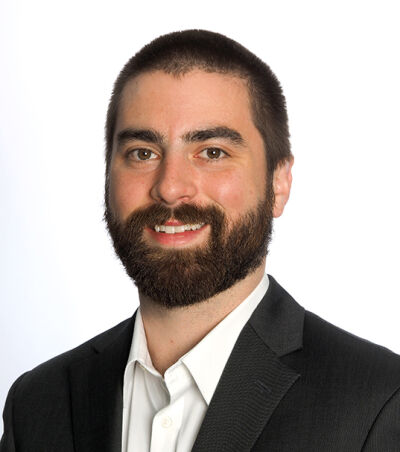