I had barely joined the Bank of Finland simulator team and was analyzing the potential changes on liquidity needs of merging the Finnish equity and bond settlement systems, when the 2008 financial crisis hit. As an immediate reaction, we were asked by our management to analyze the liquidity and credit risks associated with possible failures of foreign brokerage firms active in the Finnish market. Using our simulator, we ran stress tests for the Finnish securities settlement system and found out that, luckily, the liquidity needs were relatively low, partly due to the high reciprocity of the trades and associated cash flows. Even though the Bank of Finland simulator was originally created for payment system analysis, this is a good example of versatile use cases of the simulation tool.

Compared to traditional economic modelling, the simulator replicates real functioning of payment and settlement systems and it can be used for analyzing both existing and planned systems. The general version of the simulator has been available to researchers and public institutions for non-commercial use for free since 2004. Since then, the simulator has established its position as a widely-used research tool at global level. As of today, 117 licenses have been distributed to 40 countries (Figure 1). In addition to the general simulation tool, BoF-PSS2, the Bank of Finland has provided the Eurosystem with a tailored TARGET2 simulator since 2010.

Over the years, the simulator has been actively used. There are already more than 35 publications based on the simulator. The simulator is unique among its kind and one of the things the Bank of Finland is known for.

The Simulator seminar has long traditions

For already 17 years, the Bank of Finland has invited the simulator community to a two-day seminar in Helsinki in late summer. The seminar has become an appreciated event where participants can present their latest research, discuss new ideas and share knowledge. Usually, the number of participants has varied around 50–60 participants. Due to COVID-19, the 18th annual seminar had to be organized as a short webinar this year. As I am writing this blog, more than 110 participants have already registered. In a way, this demonstrates the continued interest in the simulator seminar, even without the possibility to utilize the value of informal discussions.

We continue developing the simulator tool to respond to the evolving financial market infrastructure landscape and the new possibilities of the ICT. We are on the verge of releasing a new version of the simulator, called BoF-PSS3. We have concentrated on enhancing the architecture to match modern standards: updated user interface, enhanced reporting capabilities and suitability for big data analytical environments. As a consequence, the new version is based on web technologies allowing the simulator to be deployed also on servers and clouds to better support parallel processing. The chosen approach is in line with Amazon’s 2002 API mandate, to which part of Amazon’s success is attributed.

We hope that the new version will meet the requirements of both current and future users and that the tool can be easily combined with new technologies. In light of the long traditions of the Bank of Finland simulator and the seminar, we are committed to developing our tool further to be used in various analyses in the future. 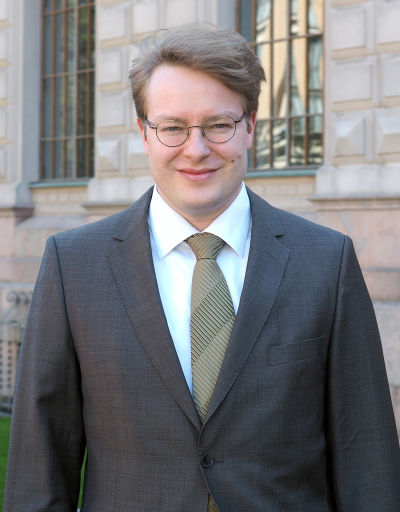