I was working last year at the European Central Bank in Frankfurt. My work involved helping to develop a unified European payments market, and I was myself able to benefit from the fruits of unified payments. For instance, I did not open an account with a local bank, but managed my payments easily from my Finnish bank account using the Internet and mobile banking. My salary was paid into my Finnish account, from where I paid my rent and other bills without difficulty.

However, in my free time I noticed that the everyday payments market and payment methods are rather different in continental Europe than in Finland. In Finland I was accustomed to being able to pay by card almost everywhere and carried only a small amount of cash, just in case. Soon after my move to Frankfurt I noticed that this does not work in Germany.

In practice, one should always carry cash in Germany – and preferably in sufficiently large amounts. In large department stores and most restaurants, paying by card works rather well. However, it was almost compulsory to carry cash for e.g. taxi journeys, as not all taxis accepted cards or the ‘payment terminal [was] broken’. It is in fact estimated that Germans pay approximately 80% in cash and 20% by card. With us in Finland the figures are probably more or less the reverse – at least in terms of payment values.

Another example from Germany worth a mention is paying the doctor’s bill. In contrast to Finland, it was not possible to settle the doctor’s bill by card at the receptionist’s desk. Instead, I received a bill a few days later in the post. The charge for this was around 5 euro, and I had to enter the details of the giro transfer with my own fingers in my Internet bank. One time I asked the receptionist if my doctor’s bill could be sent as an electronic invoice, but, at least in that medical practice, they had never heard of such a thing.

My third example comes from France. A rather fresh-looking notice in a butcher’s shop (‘We regret we can no longer accept cheques as a form of payment’) caught my eye in a market hall in Metz. I must admit the notice surprised me. In Finland, I have never owned a chequebook, and my previous personal contact with cheques was also in France just after the turn of the millennium when I was working in Paris. At that time I was familiar with paying (among other things) my rent and electricity bills by cheque, and I also noticed many French people using cheques when paying for their groceries in the supermarket. On the other hand, it was already possible in many Parisian restaurants at that time to pay easily by card on a portable payment terminal brought to the table.

What sort of conclusions can we draw from these observations of mine? At the least, we can conclude that different EU countries use very different payment methods still today. The chart below on the use of payment instruments in the EU confirms this fact.

Looking at the chart, it is clear that in Finland and the other Nordic countries the use of electronic means of payment is many times greater than in many countries in central and southern Europe. In itself, this is odd, as at least in the past few years the providers of payment services in different countries have had access to the same sort of payment technology. Thus, supply-side factors are not sufficient to exlain these differences. My own belief is that a significant explanatory factor of the present situation can be found in history and the ‘path dependency’ typical of networked sectors like payments: solutions adopted in the past exert a major influence over the present.

In Finland, we already adopted the practice of paying salaries into employees’ bank accounts and the use of payment methods linked to bank accounts back in the 1960s, and as a result it has long been the case that almost every Finn has had a bank account. Later, as a result of the banking crisis of the early 1990s, banks closed many of their branches and steered their customers towards self-service. When Internet-usage became increasingly common after the turn of the millennium, Finland thus had a very sound foundation for the use of Internet banking and, later, mobile banking. And that is how things have actually worked out in Finland. The situation is completely different in Germany, where widespread use of Internet banking has become a general feature only in the past few years. Naturally, cultural factors – such as the importance people place on anonymity in Germany – also influence the use of different payment methods.

To sum up, we can say that the Single Euro Payments Area (SEPA) has introduced a lot of things that make life easier, such as the ability to manage one’s payments from one bank account throughout SEPA. Historical and cultural factors largely explain the current differences in the use of payment instruments in different EU countries. It is, however, probable that in the future the cross-country differences in the payment instruments in use will lessen as new payment methods and applications make payments increasingly easy. Unification of the payment methods used in different countries is, however, unlikely to occur in the near future, given the scale of the current differences.

‘We regret we can no longer accept cheques as a form of payment’, 2 February 2019, market hall, Metz, France. 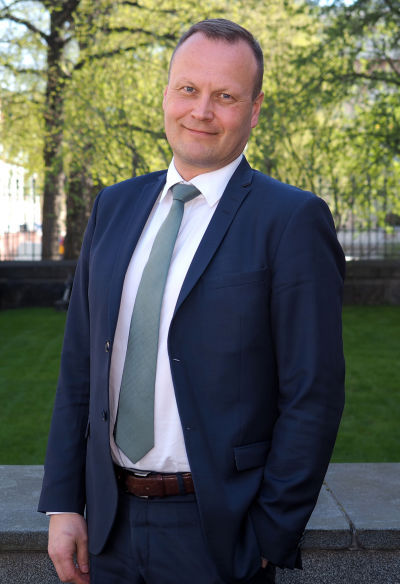 “‘We no longer accept cheques’ and other observations from continental Europe”