Conducting monetary policy in the current low inflation and low interest rate environment is a case apart, unlike the ‘old normal’. The Bank of Finland organized an international research conference to discuss this dilemma, and two key topics in particular: the challenges of monetary policy and the future of European Monetary Union. It is worth summarizing the most important takeaways from the conference.

We started off with a keynote speech by Richard Clarida, Vice Chair of the Board of Governors of the Federal Reserve System, on US monetary policy and strategy. He provided us with a thorough and thoughtful presentation of the Federal Reserve's strategy review experience, going through the three pillars of the review: strategy, tools and communication. The motivation for the Fed’s review is that although the existing framework has served its purpose well, now it is a good time to step back and ensure that the Fed’s goals (= the dual mandate of stable prices and full employment) will be achieved also in the future. The Fed’s review, however, takes the statutory mandate of the Fed as given, and considers that 2 % inflation is in line with this mandate.

Richard Clarida emphasized two very important points that were also raised several times during the conference: first, policy implications of the decline in the neutral interest rate are important; and second, the observation that inflation, being less responsive to resource slack, emphasizes importance of the longer-run inflation expectations remaining anchored to the objective.

Another key question is whether it is best to continue with the existing strategy, or take into account the past misses of inflation below 2 %. Indeed, the latter or the “make up” strategies tend to perform better in economic models, but they are successful only if understood by the public. This is often neglected in academic literature. The question remains, whether we in practice could conduct such policy that seems to work well in theoretical models. This is the first important message on which we should continue to reflect.

We then moved on to talk about the challenges of monetary policy in the (assumed) “new normal”, prompted by a presentation delivered by Michael Kiley, Deputy Director, Federal Reserve Board, and his discussant, Professor Martin Ellison, University of Oxford, Nuffield College.

Credibility and managing expectations form indeed a challenge, as policymakers are committing in advance to keep rates “lower for longer”, when the effective lower bound is being hit. Before adopting “lower for longer” policies – or L4L policies as coined by Dr. Kiley, policymakers should be confident that the policies would work reasonably well even if they are not fully credible with the public.

Michael Kiley’s conclusion was encouraging: Limited ability to manage household and business expectations reduces – but does not eliminate – the advantages of “lower for longer” strategies, as long as the financial markets are forward-looking.

However, the question which specific type of “lower for longer” policy is the best, remains an open one (Kiley’s results point towards the benefits of simple thresholds). Furthermore, there are also alternatives or complements to “lower for longer” strategies. Kiley concludes that good strategies provide sufficient stimulus, but avoid excessive overshoots of inflation and output.

Another really important theme is understanding the underlying drivers of the sustained decrease of the neutral rate of interest, as presented by Lukasz Rachel, Senior Research Advisor, Bank of England. His discussant was Professor Ippei Fujiwara, Keio University.

Lukasz Rachel shifted the focus from private sector to the role that public policies have played. He pointed out that the governments’ debt-to-GDP ratios have increased. Higher government debt should imply higher interest rates, but – on the contrary – we have seen interest rates declining.

Lukasz Rachel concluded that rising public indebtedness has pushed the neutral rate up, and without  support from fiscal policies, the neutral rate in advanced economies would have been even lower (substantially negative). As a way forward, he suggested a rethought of current paradigms of the stabilization policy and attitudes towards, among other things, tolerance of budget deficits.

It seems pertinent to agree with Lukasz Rachel that some combination of smart counter-cyclical fiscal policy, unconventional monetary policy and structural measures is necessary. However, as Ippei Fujiwara pointed out, the risks related to fiscal sustainability, at least in some countries, should be taken seriously.

In his keynote speech, Philip Lane, Chief Economist of the European Central Bank, tackled the issue of the current low inflation environment that has raised concerns among some observers of whether and how central banks will meet their inflation objectives. He provided us with evidence that the ECB’s package of monetary policy measures has been an effective response to the environment that the euro area has faced in recent years. Furthermore, he emphasized that the effectiveness of the policy toolkit implies that the ECB can add further monetary accommodation, if it is required, to deliver our objective.

One key issue that came up also in Philip Lane’s presentation was the importance of communication strategies. Especially when inflation deviates from its objective for an extended period, the central banks ‒ including the ECB ‒ should adopt clear communication strategies that leave no doubt about their absolute commitment to meet the inflation objective over the medium term.

Accordingly, and I agree with Philip Lane, it is essential that a central bank shows consistency in its monetary policy decisions by proactively responding to shocks that might delay convergence to the target or move inflation dynamics in an adverse direction.

We then moved on to discuss the future of European Monetary Union. Jakob von Weizsäcker, Chief Economist of the German Ministry of Finance delivered the presentation and his discussant was Natacha Valla, Deputy Director General for Monetary Policy, European Central Bank.

According to Jakob von Weizsäcker, the current reform agenda for the EMU (capital markets union, banking union and member states’ efforts to increase productivity, reduce risks and maintain fiscal sustainability) is necessary but not sufficient. He underlined the importance of building trust and confidence via a broader European public goods agenda, as well as using fiscal space to increase public investment and the need for a European unemployment reinsurance scheme.

Progress of EMU deepening is of key relevance for monetary policy, as also emphasized by Natacha Valla, and requires further development of the capital markets union and safe assets, in particular.

The Conference finished off with an interesting and enjoyable high-level panel, which participants included Governor Pablo Hernández de Cos, Banco de España, President Klaas Knot, De Nederlandsche Bank, and Professor of Practice Vesa Vihriälä, University of Helsinki. It was moderated by Politico’s Paul Taylor, the former Europe Editor of ThomsonReuters.

Our panelists considered many important questions: What are the key challenges for the (institutional setup) of EMU from the monetary policy perspective? What are the reforms you would most like to see? Is there a need to reconsider monetary and fiscal policies in the euro area?  Since central banks, including the ECB, have more policy tools but also more responsibilities (such as financial stability and macroprudential policies), have they become overburdened with new tasks?

We had the great honour to listen to a keynote speech by Governor Yi Gang, People’s Bank of China. He provided us a comprehensive tour de force of the economic outlook, monetary policy and financial stability in China.

Like many other central banks, the PBoC has had to strike the correct balance between achieving strong growth and low and stable inflation, as well as financial stability. So far these goals have been achieved, which is, naturally, crucial for the global economy, even if the Chinese financial sector still remains somewhat detached from the global financial markets, as some restrictions on capital movements persist. In this way China has contributed to global growth and stability.

In many ways the PBoC has used tools like the required reserve ratios both for monetary policy and macroprudential goals, possibly also to tackle structural issues such as insufficient lending to SMEs. This illustrates how monetary policy tools are always tailored according to individual countries' institutional features. This doesn't mean that central banks can't and shouldn't learn from each other, on the contrary. Different institutional environments may spur innovation also in monetary policy, and sometimes monetary policy innovations also travel across borders.

All in all, a day “from nine to five” well spent! I want to thank, once again, our distinguished speakers, discussants and every participant. Many takeaways for further reflection and future conferences! 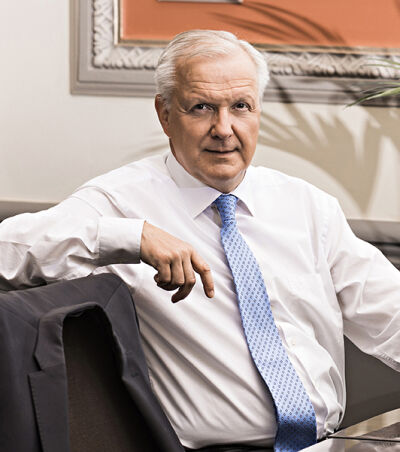