An integrated European banking market can be seen as an ultimate objective of the Europe’s banking union project. This would help disentangle supply of credit in a certain country from the state of public finances of that country. The recent initiative to reduce home bias in banks’ sovereign debt exposures aims to support these goals. By a similar logic, should bank lending be steered towards more cross-border diversification within the banking union? This could be encouraged within the current system of banks’ capital requirements.

The pillars of the European banking union – common banking supervision, common bank recovery and resolution framework, and common deposit insurance, the first two of which have already been implemented – facilitate the development towards a truly integrated European banking market. Together they can greatly enhance the financial stability of the area.

An integrated banking market entails well diversified cross-border banking services. This would improve financial stability because the supply of bank credit in a certain country would no longer crucially depend on the state of public finances nor the state of the economy of that country (see e.g. speech by Mario Draghi).

The monetary union of the United States provides an example: although single states have occasionally experienced financial distress the supply of credit in these states can be maintained thanks to regionally diversified banking institutions and federally organized public institutions overseeing and stabilizing commercial banking. Evidence from the United States indicates that integration of bank ownership across states has led to diminished and synchronized state business cycles.

Therefore banking integration can be a forceful way to tackle the so called bank-sovereign loop that threatened financial stability during the sovereign debt crisis in Europe.

The initiative to reduce home bias in European banks’ sovereign debt exposures aims to support these goals. It would work via higher capital requirements on banks with high sovereign debt concentrations.

By a similar logic, should bank lending to corporates and households be steered towards more cross-border diversification within the banking union? This could be encouraged within the current system of banks’ capital requirements.

Some caveats apply. First, it is important to note that the IRBA is designed to measure only the standalone risk of a bank’s credit portfolio. It does not take into account systemic risk. Systemic risk of a bank may well increase if greater cross-border lending diversification leads to an increase in bank size. This may happen if diversification is achieved via cross-border mergers.

Second, diversification of bank loan portfolios cross-border could compromise banks’ knowledge of their customers. This could lead to a deterioration in the average quality of loans. This is a true concern, even if in the age of digitalization securing sufficient customer information may no longer require physical presence such as a branch network.

Promoting better cross-border diversification of banks’ corporate and retail lending with carefully designed and implemented regulatory incentives could help realize the objectives of the banking union. An amendment to current bank capital regulations along these lines would be best considered as part of a broader package of reforms which are currently discussed.

I thank colleagues at the Bank of Finland and especially Juha Tarkka, Paavo Miettinen, Jukka Topi, Nicolas Veron and Jeromin Zettelmeyer for valuable comments. All views are my own and do not necessarily reflect those of the Bank of Finland. Responsibility for any remaining errors or shortcomings is solely mine. 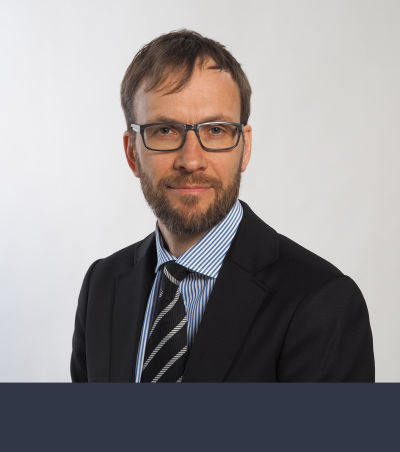