Euro area has gone through several years of subdued inflation and the policy rates have as a result been brought to their zero lower bound. The existence of a lower bound for nominal interest rates however complicates the making of monetary policy, as it creates asymmetry to the effectiveness of the standard monetary policy tool. That is, whereas a central bank can always increase its policy rate to control inflation, it cannot cut its lending rate below zero (or a level close to zero) to boost economic growth, even if inflation expectations drop to very low levels.

The non-standard nature of the new instruments central banks have started to apply, imply (almost by definition) larger uncertainty about their impact on the economic growth and price developments. Intuitively, higher uncertainty about the policy effects should result in increased readiness for the central bank to adjust its policy when it gathers evidence about the impact of the measures taken. However, this is not necessarily the case. Let us take forward guidance as an example.

Assume a central bank having an inflation target has hit the lower bound with its interest rates. It engages in outright purchases of assets in order to raise inflation expectations. It can announce either that it will buy (at least) a certain amount of assets for (at least) a certain period of time. It can alternatively state its willingness to continue buying assets until inflation is on a steady path towards its objective.

If the initial calibration of the purchases, e.g. the central bank will buy assets with EUR X billion per month for Y months, is taken as correctly calibrated, the expected path for the future inflation is given in Chart 1. Even if the confidence band around the mean development may be wide, the mean expectation gradually reaches the objective, which is the basis for anchoring inflation expectations.

Now, assume instead that the central bank is expected to scale back its purchase volumes whenever the inflation is foreseen reaching a path that would exceed the upper bound for the target (set at 2 percent); i.e. the central bank will start tapering off its purchases when it sees expected inflation going beyond its objective. In anticipation of the potential tightening of the policy stance, the distribution of the inflation expectations becomes truncated from upper side. This case is illustrated in Chart 2.

As the likelihood of ex post inflation exceeding the objective is heavily compressed, the expectation with the truncated distribution will be tilted downwards. Hence, it becomes almost impossible for a central bank that is constrained by the lower bound to reach its objective, if it cannot commit itself to a reaction function that allows not only ex post but also ex ante inflation temporarily exceeding its target level.

Based on the line of thinking described above, the ECB’s latest formulation on the quantities it will purchase is well justified:

…we will fully implement our monthly asset purchases of €60 billion. […] They are intended to run until the end of September 2016, or beyond, if necessary, and, in any case, until we see a sustained adjustment in the path of inflation that is consistent with our aim of achieving inflation rates below, but close to, 2% over the medium term.

With the first part of the forward guidance, ECB commits itself to minimum volume and duration of the purchases, thus removing potential anticipation of an early exit, while the second part of it leaves open the possibility to recalibrate the purchases in case the original volumes appear to be limited. 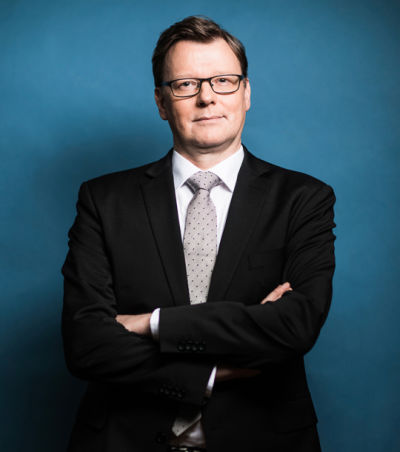 Member of the Board

Economic fallout from the war

“On the merits of calendar-based forward guidance”